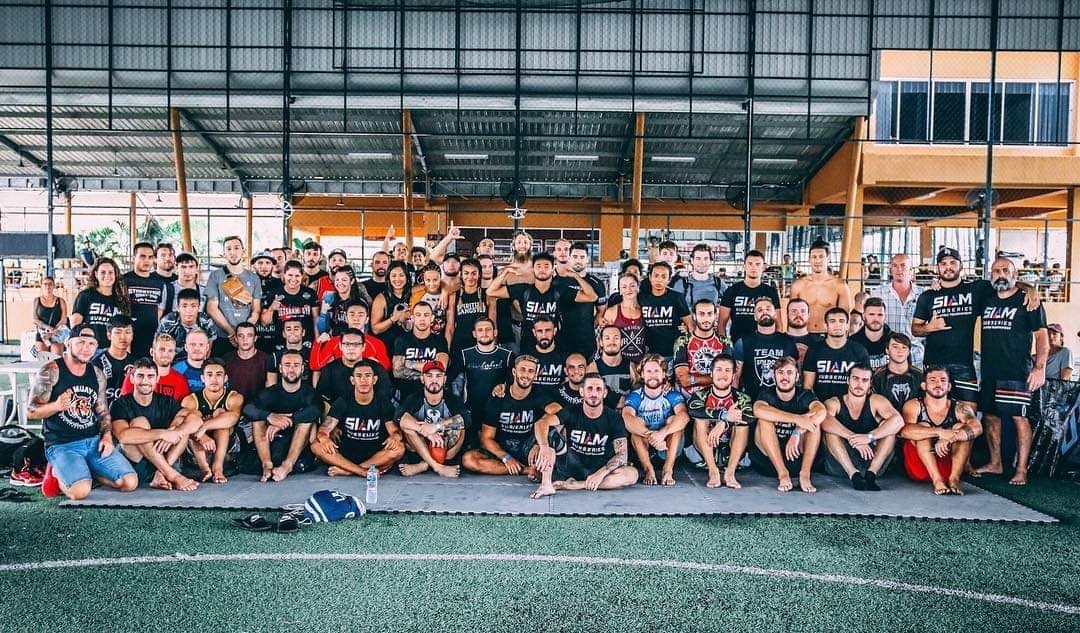 This past weekend Gracie Barra Phuket sent a team to the Siam Sub Series Brazilian Jiu-Jitsu event in Chalong.

It was inspiring to see so many competitors at the event and to see such a high level of Brazilian Jiu-Jitsu being practiced on Phuket. From our Gracie Barra Phuket gym we had Head Coach Nando Borralho competing alongside his students Callum and Vadim.

Competing was also one of the Gracie Barra Phuket Kids Program students Lucus. 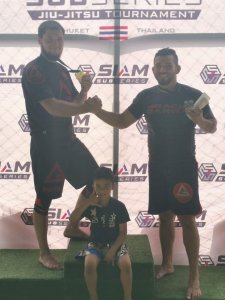 Coach Nando arrived back on Phuket after a short break to Bali with just a few days to cut 8kgs and fit into his weight class for competition. After a few days in the sweat suit and frequent runs Nando weighed in at 80kgs.

Callum and Vadim also made weight.

The competitors at the Siam Sub Series were elite level Brazilian Jiu-Jitsu competitors with some having extensive MMA fighting experience on fight promotions like the UFC.

Coach Nando was fortunate enough to successfully complete the competition with a Silver Medal, which was an amazing feat considering the level of competition that he was taking on and his rapid weight cut.

Callum and Vadim also competed valiantly carrying the red badge with pride and showing how far they have come as students at the Gracie Barra Phuket gym.

Our youngest competitor Lucus was also a brave warrior on the mat fighting off an arm bar, but unfortunately losing by choke. The competitive spirit was high and all participants from Gracie Barra Phuket should be proud of there commitment and results.